Exhibit A: A bunch of Naxals were going to have a screening of anti-national propaganda, the institute didn’t allow them to do so. When they tried to cause trouble, the institute put their foot down and asked them to vacate the premises. This is the best way to solve the problem- nip it in the bud before it becomes a full fledged anti-national lobby group like Jamia and JNU. Anyway, Central government is going to take away the minority status of Jamia and AMU. There is no need for taxpayers money to be spent on Jihadi institutions so they could indulge in their little anti-national circlejerks. If minorities want to run minority institutions, let them fund it with their own money. India is a secular nation and it can’t be seen as favouring any particular religion. Next, India should stop paying Haj subsidies, why? Because India is a secular nation. The state have already stopped pampering the FTII Naxals and they have been asked to collect their leaving certificates and stop being a burden on the taxpayer. Tax-payer funded institutions cannot be used for anti-national purposes.

The solution to these type of problems: Stop treating anti-nationals with kid gloves.

The same treatment should be meted out to all communities, especially those who fraudulently claim to be peaceful. The reason they love sickularism is because it allows them to be a parasite on Hindu tax money. If India starts following the French model of secularism, these hypocrites will get straightened within no time. No Burqa, no Haj subsidies and no reservations.

Secularism cannot be a Hindu burden alone under this version.

Many people will like to see India becoming a truly secular nation, which it clearly isn’t right now. At the moment, there are a lot of core issues which will continue to keep giving acidity to Hindus unless the status quo is changed. For example-

1) Muslims are given autonomy over their religious institutions and donations, on the other hand Hindu temples are usurped by the government.

2) Haj is given subsidy while Amarnath yatra is taxed.

3) Ram Mandir is being presented as a petty real estate dispute despite it being the holiest place in Hinduism. Ram Mandir is to Hindus what Mecca is to Muslims.

The pettiness shows in the fact that Muslims are contesting that land tooth and nail despite that land being of no significance to them religiously. This is being done just to spite Hindus. One can understand if the quarrel was about a piece of property which was religiously significant for both religions, like the Al-Aqsa mosque in Jarusalem, but this is not the case here. Ram Mandir was, in fact, one of the 40,000 temples which Muslim invaders destroyed to persecute the native Hindu population. The Hindu community holds no grudges against them for those 40,000 temples and have forgiven them unilaterally in the interest of peaceful co-existence (despite Muslims never having expressed remorse for the atrocities committed against Hindus). Instead of taking into consideration all those steps taken by Hindus in the direction of reconciliation, if Muslims show their petty mindedness by not even wanting to budge on one temple, then many Hindus will legitimately re-evaluate whether Muslims genuinely do want peaceful coexistence at all. The constitutional right (Article 25: Right to pray) of Hindus is violated every second Ram Mandir remains under Wakf control but it cannot go on forever.

Reconciliation cannot be a one way street where Hindus keep making sacrifices while Muslims keep gnawing at their core interests and lecture them on secularism. This gives rise to a legitimate resentment against secularism, the way it is being practised, at the detriment of Hindus. Unfortunately Muslims in India still have that Mughal mindset where they think that secularism is a tax that only Hindus have to unilaterally pay towards Muslims, i.e. Jizya-2, and Muslims have to do nothing except relish the fruits of Hindu secularism. Muslims think secularism is an exclusively Hindu burden which is evident from their various stances ranging from refusal to sing national songs to saluting the flag based on religious doctrine. It is clear that they aren’t willing to budge even an inch from their religious hard line. They must realize that both communities have to take one step each to work towards a secular nation, it’s not an exclusively Hindu burden. 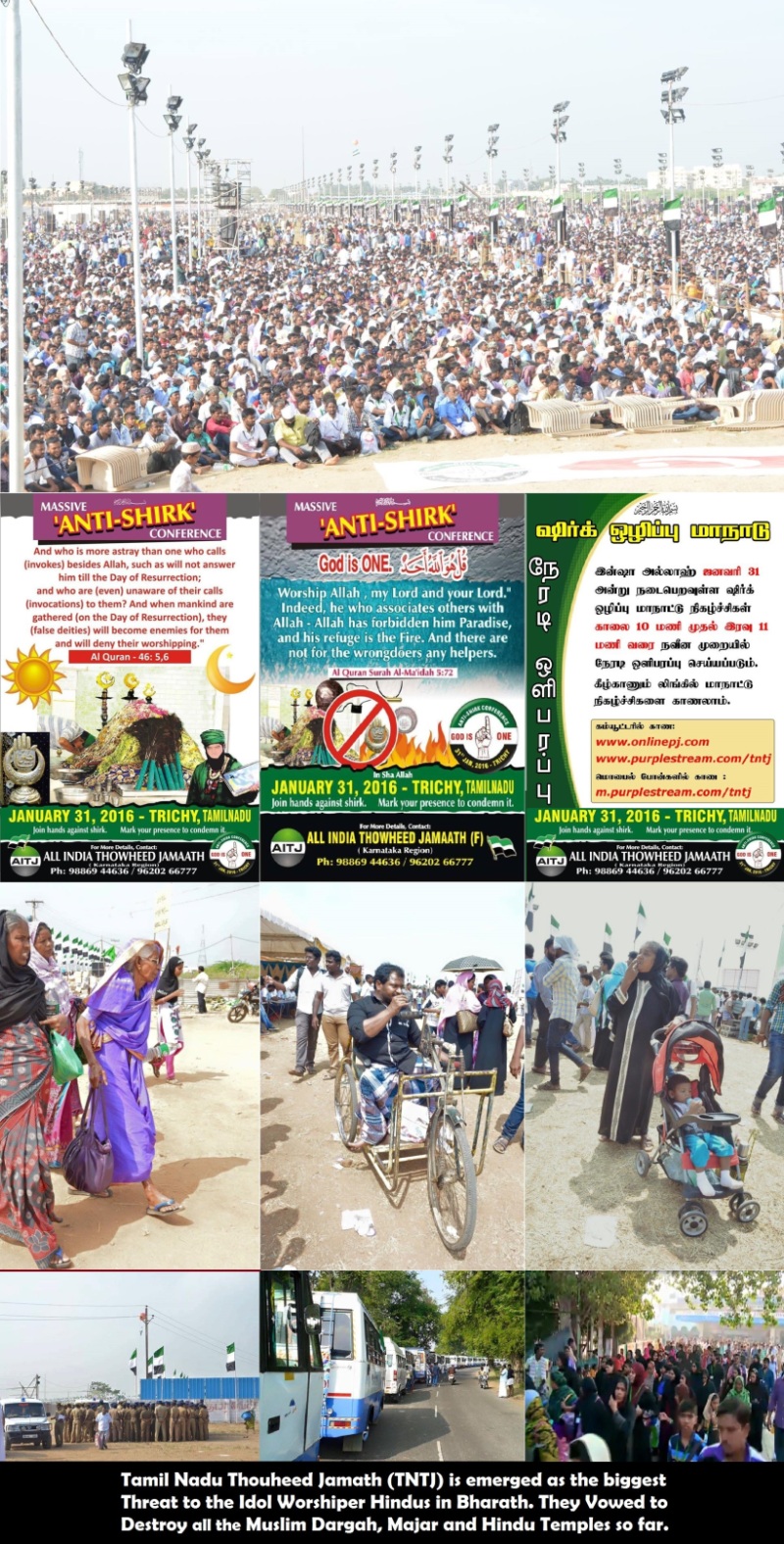 I didn’t see any, so called secular Muslim or even secular Hindu for that matter, protesting against this.

The longer Muslims feign ignorance about these issues, the more incidents like Babri will occur when Hindu anger will inevitably erupt. No one wants to live as second-class citizens in their own country, humiliated by a minority which shamelessly proclaims that secularism is against Islam and claims to have no obligation to abide by secular values. If this status quo isn’t amended and Hindus decide to start mirroring the bigotry of Muslims, then imagine the kind of situation that will prevail in the nation. Remember how Kashmir Pandits were slaughtered as all those champions of secularism conveniently kept quiet while common Hindus helplessly watched in horror. The longer India ignores this problem, the more Hindus will walk over the fence and join the extreme right. In 2002, sixty innocent Hindu saints were burnt alive in a train and the resulting riot resulted in the death of 250 more Hindus still the secular media calls it ‘anti-muslim riot’, completely ignoring the deaths of Hindus. The most shameful part is that in all secular discussions the act of violently burning down sixty peaceful saints is completely ignored. Hindus cannot be expected to never respond when provoked. Fact is Hindus can’t keep playing the role of a punching bag to get a secularism certificate from Muslims or so called intelligentsia.

If the government doesn’t protect their interests then Hindus will have no option left but to arm themselves to keep their families safe. Hindus have been killed with impunity since the Mughal era and it cannot continue forever. Nowhere does it say in the constitution that Hindus have to be secular. Secularism is the responsibility of the state towards its subjects, not that of Hindus towards other faiths. In the current scenario Hindus look up to the state to be secular while Muslims hardly care. But Muslim should not feel entitled to appeasement from fellow Hindus because the constitution does not say that it is the sole responsibility of the Hindus to make Muslims feel good. For too long Hindus have been paying this unilaterally enforced Jizya under the twisted secularism that is followed in India. But no more!

This unilateral imposition of sickularism on Hindus is nothing but a forced manifestation of the white man’s burden (aka Joshua Project) contextualized for the Indian sub-continent.

Why dalits should stay away from suicidal leftist politics

How left is destroying India by hiding Muslim population